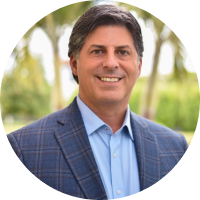 Paul began his career at Lehman Brothers in 1993, being selected to participate in Lehman Brothers’ prestigious training program and working in their Institutional Fixed Income division.

In 1998, he joined BNY Capital Markets where he developed their Institutional Fixed Income Trading and Sales operation over a 17 year period and rose to the ranks of Senior Managing Director, eventually becoming the Global Head of Sales.

After leaving BNY and a quick, one-year stint at Banco Santander as a Senior Global Banker in their Financial Institutions Group, he transitioned to alternative investments covering qualified investors, family offices and PE firms with a focus on commercial real estate development and value-add strategies.

He graduated from the University of Scranton with a B.S. in Biology (Pre-Med) and holds the Series 7, 63 and 65 licenses. He lives in Palm Beach Gardens, FL with his wife Kelly and three children.