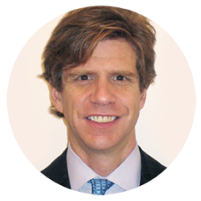 Liam began his career at Alex Brown & Sons in 1993 where he worked on the cash equity trading desk. He worked as a sales trader for over fifteen years working at various firms such as Donaldson, Lufkin, & Jenrette, Gerard Klauer & Mattison and finally Soleil Securities.

In January of 2018, Liam joined TSC and holds the Series7 and 63 licenses. Liam graduated from Hartwick College with a Bachelor of Arts in History.