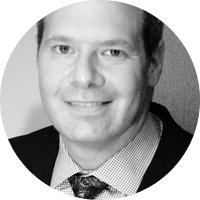 Harry began his career at Warburg Pincus/Credit Suisse Asset Management, where he worked as an analyst and Co-Manager of the Warburg Pincus Global Post Venture Fund.

In 2005, he transitioned into the Global Markets division at Deutsch Bank to help rebuild the Japanese Equity distribution business and was promoted to run the business in 2007. Post GFC, Harry joined Liberum Capital to help build the distribution platform as a Partner and Sr. Salesperson. In 2014, Peel Hunt recruited Harry to launch their North American Business, and he was promoted to CEO in 2016.

He attended the Institute of Economic and Political Studies (INSTEP) at Cambridge University (ENGLAND) and graduated from American University with a BA in International Economics. He also studied Quantitative Analysis at NYU and Economics of Blockchain and Digital Assets at the University of Pennsylvania - Wharton.

Harry lives in Greenwich, CT, with his wife Andrea, two daughters, and their rescue dogs, Sparky and Sassy.