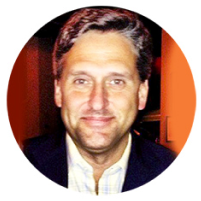 Steve is a Managing Director at Third Seven Capital and founder of Newman Capital, an advisory business to early stage companies. Steve has 25 years of experience in the securities business working with some of the largest family offices, private equity and venture capital firms in the world.

Prior to founding Newman Capital, Steve was an institutional equity trader. He began his career at Schroder Wertheim, a British Merchant Bank where his clients included some of the largest hedge funds, mutual funds and risk arbitrage firms. While at Schroder, Steve also founded and ran the Risk Arbitrage Sales Trading Group.

Steve later worked at ABN AMRO where he helped build their US equity trading department and was a member of ABN AMRO’s Global Hedge Fund Coverage Team.